I recently started reading through a book about Judaism called “This is My God” by Herman Wouk. Being that Wouk is a Jew, I honestly believe he has a better grasp of what true Sabbath is than I do. And after reading the section about the Sabbath I really feel like he hits on some things that I know that I need to take to heart. I thought about restating the things that I learned in my own words but I think it may be better suited if I just explain them by letting Wouk say it in his own words so bellow I’ve quoted Wouk with my own writing to give just enough context for it to be understood. I hope that it may just as encouraging and challenging to you as it was for me.

“Our Sabbath opens with blessings over light and wine. Light and wine are keys to the day. Our observance has its solemnities, but the main effect is release, peace, gaiety, and lifted spirits” 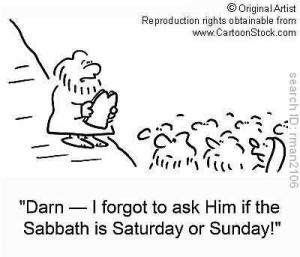 In the ancient times, “of course Sabbath rules were laws of religion, not of convention. But they were so familiar that they were the very air of life rather than self-consciously executed disciplines. There was no grain for them to go against. They were the grain”

The Sabbath marks not only the creation with God’s rest but also the freedom from slavery in Egypt remembering this Wouk says, “slaves have no choice in the matter of work or rest; they are talking beasts, subject to the masters will. The creation is not in their hands. Time is not theirs to apportion.

“This demanding rite turns twenty-four hours of every week into a separated time, apart in mood, texture and acts from daily existence”

“All planning relates to creation day: plans of work, travel, of leisure, even a place to live”

“Those who keep the day inevitably have the ideas of creation and of creator, of exodus and Jewish identity, strongly in mind”

“The Sabbath is the beginning of mans imitation of God”

I hope this is challenging to you, it was to me. Take some time dwell in this because after all as Wouk explains the Sabbath is one the three positive Ten Commandments “worship God, honor your parents, and keep the Sabbath”