Throughout the race I’ve been stared at for about every reason that you can think of. Asia I was a good foot taller than anyone else around, resulting in some not so suttle starring. Africa my friends and I stood out as ‘mazungo’ aka we’re white, and the kids seemed to enjoy reminding us of that fact as they called to us from across the street, ‘mazungoo, mazungoo’. Now, being back in Europe I stand out because after growing out my beard for the last 10 months I have the facial hair of an orthodox priest, which believe it or not, has resulted in some older women giving me the sign of the cross as they pass me by. I am not joking.

So, needless to say, I’ve become pretty used to standing out, in fact it’s become kinda fun seeing how people react to me or try to act like they aren’t starring when I know they are. I could tell you countless stories of funny reactions people have had to me over this trip, but one really stood out to me earlier this month.

We had a little worship service here at the church last week and my little watcher this time was a boy named Denis who is about 9 years old. 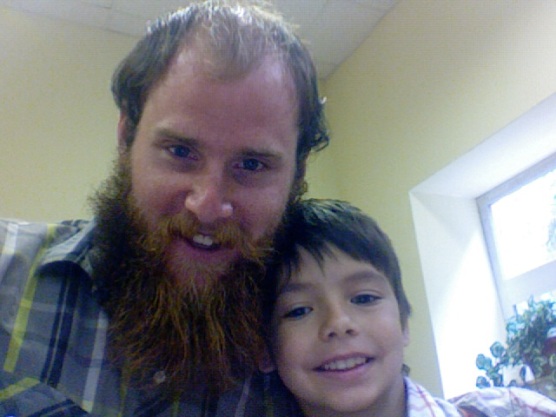 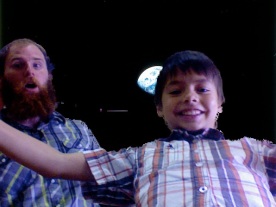 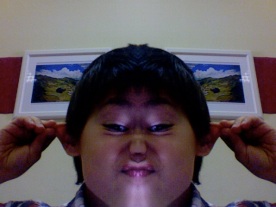 For those of you who know me well I can be pretty expressive when I worship, raising my hands, jumping around a bit, maybe even getting on my knees. This worship time was one of those moments but this time Dennis was watching. At one point I got down on my knees, closed my eyes and raised my hands. The next thing I knew I looked to my side and Denis was down on his knees with his hand raised and eyes closed. It was a touching moment, I talked to my teammates after who told me he kept on peeking out of the corner of his eyes to see what I was doing. It was a pretty awesome thing to witness, and even more to be a part of.

As I think about it Denis and I were showing a perfect example of what Paul intends when he says ‘join me in imitating Christ’. One thing that strikes me as I think about that whole experience is that I didn’t sign up for it. I never asked Denis to imitate me, he just did. That’s what we need to keep in mind, we don’t sign up to be leaders. We don’t fill out some sort of contract to be role models, it just happens. People watch you, people observe you, people imitate you. So, be on your toes. Sometimes you’ll know people are watching sometimes you won’t, so be on your best behavior.

There is grace as always. You won’t always be perfect, and there is something to be said of words. But we all know the shallowness of the statement ‘do as I say not as I do’. So remember people are watching and your actions impact people around you.