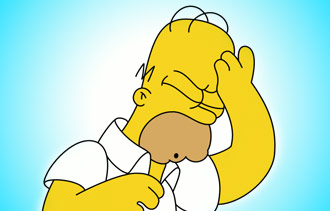 I’ve recently been watching a debate between Atheist Christopher Hitchens and Frank Turek. It is a reasonably good debate, but I was surprised to see that even Hitchens, who was one of the most prolific atheists of our time, makes some surprisingly amateurish blunders through the debate. Here are a few that stood out to me. In reality these are all the same blunder, but I think looking at it from different angles helps solidify the point.

You cannot prove God because you, yourself, reject other Gods
One blunder I heard Hitchens make was bringing up that everyone is an Atheist about some Gods. Christians are Atheists about Zeus and Thor and other gods. Muslims are Atheists about other gods as well, so are Jews, so are Buddhists and so are Hindus. Everyone rejects some Gods so in the end, so why not just reject all Gods? Or perhaps better said ‘you reject some Gods, so therefor all Gods must be rejected.’

But how would this argument work elsewhere? What if we applied it to math? We all reject 2+2=6. We also reject that 2+2=12, or 14, or 17, or 3. If we apply Hitchens logic here we should also reject that 2+2=4, since we have rejected all the other options. That of course is absurd. Granted I understand that Hitchens rejects the Christian God, for other reasons than this, but the mere fact he brings up this argument I think should make us question his bias.

Not Staying with the task at hand
The problem overall in Hitchens argument is that he tries to argue against one point of Christian apologetic by rejecting another. If we look at arguing for Christianity as a four step process we could outline it as such:

Now this is obviously a very rough explanation, but you can see the logical process. If we can prove each of these points, we can reasonably accept Christianity. Hitchens blunder here, is that while we are arguing about point two he rejects that we cannot prove point four and then concludes that since we can’t prove point four we also cannot prove point two. Aka since four is false one, two, and three must be false. But this is simply untrue. If one is false the rest must be false. If two is false then three and four are false. So proving one point wrong makes the points below it false also, but it does not work the other way round. Four can be false and the rest remain.

It is like saying we know wood is not strong enough to hold a certain amount of weight so therefore nothing able to hold that amount weight. This is illogical and unscientific. We may be able to reject one option, but that does not allow us to reject all options. Even if we could reject the Christian God we can’t reject God altogether as a result. We are confusing the subject at hand when we reject God because we reject a specific God.

The main problem here is that it doesn’t allow for the logical process we need to prove God, whichever God we may be trying to prove in a scientific and logical matter. If we have yet to prove that God exists,  it is nonsense to talk about which God since we have yey to prove there is one at all. Otherwise, once we have settled on which God, the foundation can be ripped out from under us since we still haven’t proven that God exists in the first place.

Can I do this with other subjects? Can I reject that we have a president because I can reject Dave Matthews as being the president? No! Yet, this is exactly what Hitchens and other atheists do. They reject God altogether because they reject Jesus, or any other God. But this is illogical. As stated before they are confusing the task at hand.