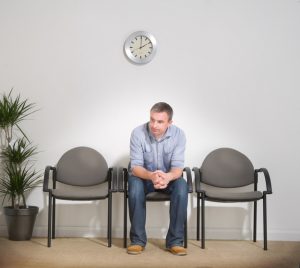 I am 30 and I am single let’s just start there.

No, I am not dating anyone. Yes, I have tried online dating. Yes, I do know being married is really hard and I am doing my best to take advantage of being single now. No, I do still want to get married. Yes, I have heard that is the formula to know you’ve found ‘the one’. Yes, I am sure God has a plan for all of this. No, I really am still putting myself out there.

Now that we’ve thoroughly answered all your questions perhaps we can move to some of my thoughts?

Can I just say ‘singleness isn’t a waiting room for something else’?

I wish the church would stop talking about it like it is. The fact of it is all the questions we get as single people seem to have this one common theme and from what I can see it isn’t a biblical one, and from my experience it isn’t a helpful one.

Paul says in 1 Corinthians 7:27 “Are you free from a wife? Do not seek to get married.”

Maybe there is something I am missing here, but it doesn’t seem Paul is advising people to seek marriage as if they are missing something. I know Paul can be confusing at times but this doesn’t seem like one of those times. Based on this passage I also don’t expect if I ever met Paul he would be asking me if I had tried online dating or giving me formulas for when I’ve found ‘the one’.

As I think about it so many problems with the Christian dating culture could also be solved if we didn’t have this ‘waiting room’ culture. So much of the unneeded pressure that gives us singles anxiety is a result of feeling like we haven’t ‘arrived’ till we are married.

On the flip side, even dating could become so much better if waiting room culture ended.     I’m a part of a fantastic singles group at my church but I know some guys are afraid to make a move on anyone because they are afraid it will turn into a big deal to just go on a date once. If we didn’t have this view that we’re all waiting to find that special someone it sure would make it a lot less pressured to just go out with someone we may have some interest in without feeling like we need to either propose to the person in the first 20 minutes of the date or give them the friends line. Ironically less pressure for dates would probably result in more dates and more people settling down with someone sooner.

Am I saying that we don’t want people to ask about that part of our lives? No. In fact this last week I had someone I don’t even know super well,  but I do admire a lot ask me about dating and I really enjoyed talking with him about. I guess what was different is I’ve talked with him a lot and I genuinely feel he is invested in my life, not just my dating life.

So yes, I am single.