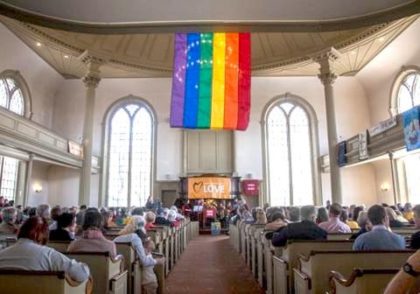 Recently Chris Pratt was challenged by fellow actress Ellen Page as she believes he attends an anti-LGBTQ church. A few months ago famous worship leader Lauren Daigle was challenged by many Christians for not taking a firm enough stance regarding homosexuality in an interview following her performance on the Ellen DeGenerous show.

These sort of things make it extremely obvious that Christians must have a firm Biblical grasp on the Christian view of homosexuality and LGBTQ issues. With that in mind, the next series of blogs are dedicated to dealing with these issues especially in regard to a Biblical perspective of homosexuality. These are sensitive issues that are very personal to many whether consider themselves LGBTQ or know someone who is. because of that, I am fully expecting that much of this will be challenged by those who disagree with my views but hopefully we can have a respectable discussion no matter where someone may land regarding these issues.

My hope is that this blog will be a challenge to those who are on either side of the issue yet remains wholly biblical in its approach. Some of the stances regarding these issues will be grounded most firmly in scripture and so for those who are not Christians you must understand it comes from that view.

If you are not a Christian you may wish to object saying that ‘we only believe certain things because the Bible says so’. I would first challenge that notion on two points. First, many of these Biblical principles have been found to have some rather profound scientific or philosophical grounding. Second, it is wholly logical to assume that an all-knowing being can know and understand things regarding these issues better than our human minds can fathom. You may feel that there is no precedent for these stances regarding these issues outside of the Bible, but even if that is true to our knowledge now does not mean that will be true to our knowledge tomorrow. We may find reasons to hold Biblical views outside of the Bible eventually, even if we haven’t yet, though I contend that we have.

If you are a Christian I challenge you to listen before you speak to others regarding these issues. God gave us two ears and one mouth for a reason. Many churches have done more harm than good regarding these issues often dismissing people before they hear their story; this is not a Christ-like approach. If you do not personally know anyone in the LGBTQ community I would challenge you to ask yourself why. Is it perhaps that you are unloving in your interaction with these people? Do you think Christ would have built relationships with people in the LGBTQ community or do you think he would have ostracised them like perhaps you have?